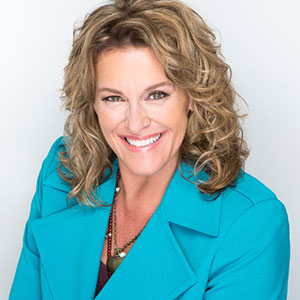 As CEO of Live out Loud, Inc., Loral Langemeier’s life purpose is to launch successfully fulfilled entrepreneur millionaires who run businesses that make a difference in the world. Loral herself became a millionaire as a single mother at the age of 34 years old, and believes that financial success is available to everyone. Loral has been involved in multiple areas of finance, including mentoring & coaching, real estate investment, business acquisition & development, and gas & oil since 1996.

Growing up on her family’s farm in Nebraska, Loral learned the value of hard work, persistence and how to get things done even in the face of much opposition and criticism. With a reputation for being straight forward and direct in her opinion, Loral is a highly sought after as an international motivational speaker. Loral graduated from Wesleyan University of Nebraska with a Bachelor’s degree in Business Administration and Finance, followed by a Master’s degree in Exercise Physiology from the University of Nebraska at Omaha. Following University she set up 270 fitness centers on off shore rigs practicing one of her number one tools she teaches today: How to Combine Skill Sets in Multiple Industries for Profitability.

With a 54% audience following of men, Five Time New York Times Bestselling Author, Loral Langemeier says that women business owners are the going to change the face of this country. She advocates for women in learning strategies that will make their own hard earnings grow in smart investments that have been previously accessible only to the Boys Club.

Loral is a frequent guest on business finance for networks such as CNN, CNBC, The Street TV, INC., Fox News Channel, as well as Dr. Phil and the View. Her commitment to financial literacy is as important as her work. Her multinational wealth coaching company offers discounted education to United States Veterans.

Even though Loral has a jet and a jet setting life, she prefers to be home for dinner with her two children after school at her home in Lake Tahoe, and is enjoying love as a newlywed bride to husband Jason.

Owner and Founder of JVology

Jay Fiset, Owner and Founder of JVology is a powerful speaker, a risk-taker, and a leader who reaches his goals by assisting others to achieve theirs. He has over 20,000 hours experience conducting personal development seminars. One of his companies, Creators Code (formerly Personal Best Seminars), is a leading seminar company that provides workshops promoting self-awareness and stimulating personal growth. Jay enjoys living life to the fullest. He continually challenges himself and expands his comfort zone by participating in such activities as bungee jumping, skydiving, and fire walking.

Bestselling author, student of human nature, avid outdoors man at 5 star hotels, speaks fluent smart ass, can see and reflect your life mission in 5 minutes flat, loves having 2 sons so he can play with their toys, still fantasizes about his wife after 25 years, loves ideas, but loves results even more, can simultaneously laugh and cry for different reasons at the same time, has never been star struck (but did not get a chance to meet martin Luther King, and there would have been teenage girl screaming if he had).

He is dedicated to instigating a global movement of Conscious Creators and supporting people to organize their life and resources around their passions and gifts. 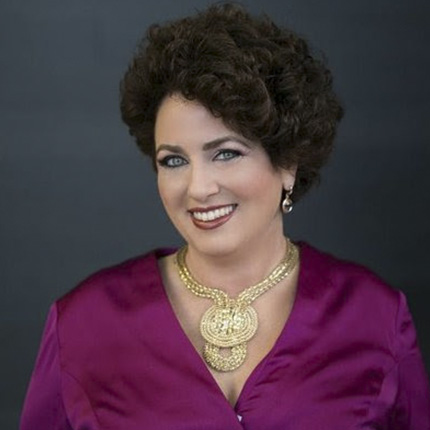 Jill has shared her powerful networking and publicity strategies on the stages of Tony Robbins, T. Harv Eker, Jack Canfield, Mark Victor Hansen, Loral Langemeier, and many others. Additionally, thousands of people have attended her popular “Crash Course in Publicity”, which she teaches live several times a month at locations around the U.S. and Canada.

Over the past 25 years, Jill has worked with ABC, NBC, CBS, and other national and international media as a highly regarded publicity expert. She has been featured in The New York Times, Women’s Day, Fortune Small Business, Entrepreneur, and Inc. magazines.

Founder of Network Together, Event Host and Organizer

Robert W. Jones is the Founder and Owner of Network Together, LLC the largest non-franchised independently owned business networking organization in Arizona. He is a former Internet Marketer, Speaker, Leader and Mentor to business owners looking to practice the skills of networking, public speaking, digital promotion and event presentation.

His company puts on over 1000 events and meetings per year and has at least 12 large-sized event management projects per year with his company NT Events. Colleagues call Robert an energy creator as he uses his skills to engage, lead and inspire, as he teaches his Network Together Way to audiences. He has media experience on stage, on set, and in studio as a host or guest. Hire him to get your event, or network, working today. 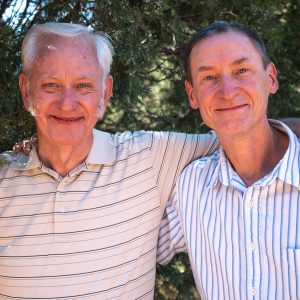 Don Mcgrath, Ph.D. an award winning author and professional speaker, having written ‘50 Athletes Over 50’… ‘Psychological Approaches For Optimal Rock Climbing’ and ‘The Climb: A Leadership Fable About Navigating Challenging Change’. Jim Grant is a a retired Master Sergeant that served 3 years on Active Duty and served a tour of duty in Vietnam. He has written several books including, ‘Overcoming The Fear Of Public Speaking’…’The Man In The Alley’…’Paw Prints In Heaven’ and I am the author and creator of ‘The Future Is Now’.

Don and Jim are hired to help coaches, consultants, authors, speakers and entrepreneurs? Are you looking to grow your business? We show you how to find your voice and share the story of your business so you attract a large and loyal following. We have a talented line-up of Training Directors who provide valuable training on a host of topics relevant to you, an entrepreneur, as you grow your business.

Register for the iNetworkExpo Today!

Secure your seat or booth location and make sure you are getting the most of your membership. Not sure what you're membership entitles you too?

Regardless of your membership anyone can attend and take advantage of this expo.